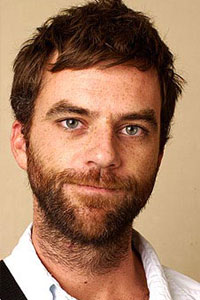 Paul Thomas Anderson is the Oscar-nominated director of 2007’s There Will Be Blood.  So it would make sense to expect great things of his two new projects–a Scientology-themed drama and the adaptation of a drug-addled detective novel. However, as is the case for many film projects, the tales lacked financial backing and were in danger of ending up in development limbo–until one woman stepped in.

A recap, in case you have no idea why the recent turn of events is such great news: Back in 2009 Variety reported that P.T. Anderson had written a period-drama for Universal called The Master.  The film would explore religious themes and Philip Seymour Hoffman was to play film’s titular protagonist, a man who creates a new religion in 1952 that gains a strong following. From the Variety piece:

The core [of the story] is the relationship between The Master and Freddie, a twenty-something drifter who becomes the leader’s lieutenant. As the faith begins to gain a fervent following, Freddie finds himself questioning the belief system he has embraced, and his mentor.

The budget, according to Variety, was slated in at $35-million but Universal wasn’t going to dish out the cash until Anderson delivered a script.

In February 2010, The Playlist gave an “in-depth” look at the script Anderson had been working on for the film,  finding many connections between “The Master” and L. Ron Hubbard, the founder of Scientology–which was also founded in 1952. Besides the time period, similarities include a boat scene that echoes Hubbard’s choice of a nautical setting while writing the manuscript that would eventually become the foundation for the faith, Scientology: A Religious Philosophy.  Anderson doesn’t directly address Scientology in his script, and says it is not “specifically directed toward faith-based movements like Scientology or Mormonism that are newcomers compared to established religions.”

Reports started circulating in April that Jeremy Renner would be joining the cast of The Master.  A fan-based blog devoted to Anderson managed to speak to the director about the status of the film; he mentioned that the film was set to shoot in August. However, the month of August passed by and news of the The Master‘s indefinite postponement came Renner in Total Film‘s September issue (this quote showed up on The Playlist as well).  The Wrap also confirmed that the films financiers had back out of the project. Renner was quoted as saying:

Philip Seymour Hoffman, when asked about the film’s postponement, would later add:

I don’t have any new information. I really mean that, I’m not being obtuse.  I don’t quite know what that is at the moment, but hopefully I will and hopefully I’ll be part of something soon.  It would be great to work with him again.

With things not looking good for the “Scientology” project, Anderson set his sights on a new idea–a book adaptation.  Vulture reported he was looking to adapt Thomas Pynchon’s 2009 novel, Inherent Vice.  A short synopsis of the book reads:

Part noir, part psychedelic romp, all Thomas Pynchon-private eye Doc Sportello comes, occasionally, out of a marijuana haze to watch the end of an era as free love slips away and paranoia creeps in with the L. A. fog.

At the time of the article, it was rumored that Robert Downey Jr. would star as Doc Sportello, but there was no official announcement from Downey Jr.’s reps.

On February 10, 2011, Vulture, once again, broke exciting news for Anderson fans–he had found financing for both his films via billionairess Megan Ellison.  Ellison is the daughter of the Oracle Corporation co-founder, Larry Ellison, who helped finance the recent Coen brothers film, True Grit.  Ellison has, according to Vulture, taken a great deal of interest in Paul Thomas Anderson and his work. Though nothing concrete has occurred, she is in negotiations for both projects.

It’s clear that Ellison is serious about film (she’s also backing John Hillcoat’s latest), and perhaps we can begin to hope that Anderson’s projects will see the light of day. However,  there’s no clue which film he will choose to shoot first. For now, we wait.