When it comes to The Fall, either you’ve never heard of it or you love it.  The Fall director Tarsem went globe-trotting for two years seeking out vibrant, other-wordly buildings, locations, and natural environments to tell his children’s story without the crutch of CGI.  Even his tryst with Hollywood in 2000, The Cell, is a disturbing psychological horror film thanks to the director’s aesthetic.  Recent Tarsem converts are salivating for his latest, Immortals, which returns Tarsem to Hollywood filmmaking with the Greek-gods-centered epic Immortals.  They’ll have to grab a napkin though, ’cause Immortals only underscores Tarsem’s weaknesses as a director – he needs better scripts and narrative substance to back up all that style. END_OF_DOCUMENT_TOKEN_TO_BE_REPLACED 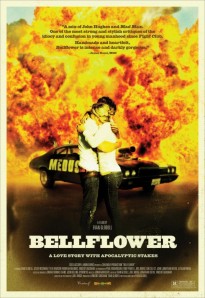 Every January, when Sundance buzz hits its peak, film buff restrained to their local cinemas sift through all the reviews just to salivate over what might make it to our hometown.  This year there was a rumor, the faintest hint, that a film like  Bellflower existed: a film full of emotion and power, a film filled with muscle cars and flamethrowers, a love story at the end of the world.  Bellflower, by most accounts, seemed to be hardly contained by the very screen it was projected on.  Having now seen it, all I can say is that everything I had heard fell far, far short of the actual film. END_OF_DOCUMENT_TOKEN_TO_BE_REPLACED 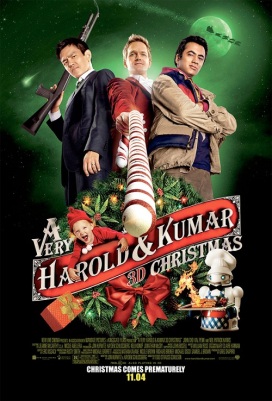 The Hangover made Warner Brothers half a billion dollars worldwide and became the comedy favorite of many, but it owes a serious debt to Harold and Kumar Go to White Castle.  Before The Hangover posse woke up to a lion in their midst, Harold and Kumar rode a cheetah through the woods; random celebrity cameo from Mike Tyson?  Neil Patrick Harris’ recent career revival is directly related to his cocaine cameo in the franchise’s first outing.  Harold and Kumar Go to White Castle was the reigning champion of surrealist, insane, shenanigan-filled movies.  Which is why it’s so disappointing that despite a bigger budget and a chance to make up for the lack luster sequel Harold and Kumar Escape from Guantanamo Bay, the boys still fail to live up to the hilarity standard they set in 2004. END_OF_DOCUMENT_TOKEN_TO_BE_REPLACED

Melancholia – A Stark Fantasy of Depression 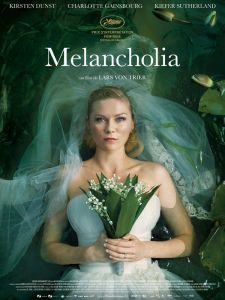 Lars von Trier made headlines earlier this year for his Hitler-sympathy gaffe at Cannes, and as a result, that controversy took up the bulk of the conversation. I can’t help but wonder what might have happened had he not spoken out of turn. We might have been more focused on the film he was representing at the Croisette, because truth be told, Melancholia is a devastatingly beautiful film from the famed provocateur. END_OF_DOCUMENT_TOKEN_TO_BE_REPLACED