Posted on November 6, 2010 by The Filmsmith | Leave a comment 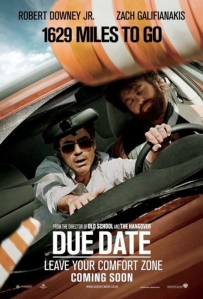 Robert Downey Jr. has been riding high since being cast as Tony Stark in the Iron Man films, in which he showcases a wit and charm that seemingly no one (male or female) can resist.  Zach Galifianakis, playing the tubby, bumbling buffoon Alan in The Hangover, has  likewise become famous enough to merit Halloween costumes after his character.  So it seems like a perfect storm architectured by studio heads to make another Hangover type hit by combining these actors for a comedy romp road trip.  Unfortunately, there’s no lightning or thunder, just a few static shocks and a light rain. END_OF_DOCUMENT_TOKEN_TO_BE_REPLACED 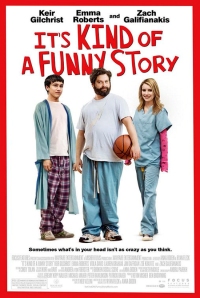 Right before It’s Kind of a Funny started, there was a trailer for Meet the Fockers.  It struck me that many comedies emulate the same advertising strategy as Fockers and even It’s Kind of a Funny Story.  There’s almost a predictable tempo that has evolved, with jokes delivered, pause, reply, cue laughter.  Almost as if some of these moments were written for the trailer.  The result is like seeing a haggard prostitute begging for clients long after the sex appeal has worn off.  Thankfully this labored funniness doesn’t stifle Funny Story. END_OF_DOCUMENT_TOKEN_TO_BE_REPLACED

This is already well known as “the facebook movie;” having David Fincher (Fight Club) on board as director makes an inane premise promising.