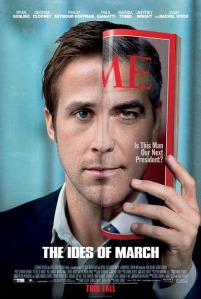 The film year, just like the real one, is split into seasons. There’s the time around May through August, which is filled with Summer blockbusters; there’s January through April, which contains all of the buzz from Sundance and Berlin and a hefty slew of off-kilter picks. And then there’s September through December, better known as Oscar season. It kicks off every year with two events, the Venice and Toronto International Film Festivals. Between these two weeks, early picks for Best Picture, as well as the acting awards, surface and separate themselves from the rest of the chaff; films that do well here are practically guaranteed a good run a few months down the line. This year’s lineups were announced two weeks ago, and if nothing else, they reveal that the best of 2011, cinematically speaking, is yet to come.

The Ides of March (Dir. George Clooney) Venice, TIFF
George Clooney’s new political thriller seems similar to his last great film, Good Night, and Good Luck, for which he received an Oscar nomination. I think chances are good for him to snag another nomination this year (if not a win) for this film about political secrets, espionage and betrayal. Ryan Gosling, Jeffrey Wright, and George Clooney star, with others.

Dark Horse (Dir. Todd Solondz) Venice, TIFF
Not much has been revealed about this film, but the fact that it comes quickly on the heels of Life During Wartime bodes well for this reviewer. Solondz has spoken briefly on the subject, and says that it will be less uncomfortable than any of his other films, and that it will, in fact, be quite tender.

A Dangerous Method (Dir. David Cronenberg) Venice, TIFF
The story of the tumultuous years of friendship and enmity between Carl Jung and Sigmund Freud are finally being captured in film by a world-class director. The trailer looks fantastic, Michael Fassbender should shine, and this film seems destined for some Oscar gold.

Carnage (Dir. Roman Polanski) Venice
Based on the play God of Carnage, the story centers on the relationship between two sets of parents whose children fought at school that day. The parents are played by an all-star list – Christoph Waltz, Kate Winslet, Jodie Foster and John C. Reilly.

Faust (Dir. Alexandr Sokurov) Venice
Sokurov has been working on a series of films revolving around larger-than-life political figures for the last decade or so, focusing on Hitler, Lenin, and Hirohito in turn. Here he focuses that obsession and directs it towards the Faust legend, which will make for a powerful fusion of archetype and relevance.

Tinker, Tailor, Soldier, Spy (Dir. Tomas Alfredson) Venice
The trailer for this film hit a few weeks back and it is simply electrifying. An adaptation of both a John le Carre noval and the BBC series based off of it, this is filled with back stabbing, lies, secret operations and everything else that makes a good thriller worth its stock. Should be pretty great.

Chicken with Plums (Dir. Marjane Satrapi) Venice, TIFF
Satrapi took the world by storm a couple years ago with her beautiful animated film Persepolis, based off her graphic novel of the same name. Here she adapts another of her works, telling the last days of a close relative. 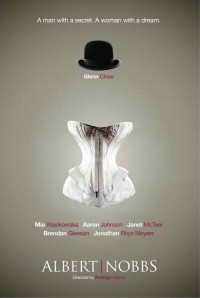 Albert Nobbs (Dir. Rodrigo Garcia) TIFF
Rodrigo Garcia is the greatest unsung writer in Hollywood. Part of the group of Mexican filmmakers that all appeared at the same time (with Cuaron, del Toro, and Inarritu), he quickly moved from brilliant, evocative performances in film to even more soul wrenching exercises in the realm of television, with his series In Treatment. After a sadly underseen film last year, Mother and Child, Garcia is back with this Irish period drama revolving around a woman who must dress as a man to survive. Prepare for one of the most powerful films of the year with this one.

Moneyball (Dir. Bennett Miller) TIFF
Aaron Sorkin wrote the script for this film, a baseball movie about outsmarting the standard way of recruiting players. The GM must find a way to be competitive without spending any of the team’s very limited funds. Brad Pitt stars, and should snag a trophy for this or The Tree of Life this year.

W.E. (Dir. Madonna) TIFF, Venice
Madonna? Really? Yes, really. Madonna has not only directed a film, but she has directed a film that has been selected for both the Venice and Toronto Festivals. It will probably be very good, which is kind of shocking. It tells the story of the relationship between Wallis Simpson and the ex-King Edward who stepped down from the throne for his love. The story should be immediately recognizable as the story of the brother of the king in The King’s Speech.

Wuthering Heights (Dir. Andrea Arnold) Venice
Wuthering Heights is a basic story that has been adapted countless times before, but the fact that brand new director Andrea Arnold (Fish Tank) is picking it as her next project just makes me salivate. It will be notable for being the first time Heathcliff is played by a black man, but other than that, it shouldn’t be too dissimilar from this year’s Jane Eyre.

The Deep Blue Sea (Dir. Terence Davies), TIFF
You probably haven’t heard of Terence Davies, but he’s been making masterpieces for two decades now. His greatest films (Distant Voices, Still Lives, The Long Day Closes) are unavailable in the US, but if you get a chance to check them out, do so.  The Deep Blue Sea stars Rachel Weisz as a woman coming to sexual awakening, and seems rife for a lot of passionate filmmaking, which Davies has mastered. 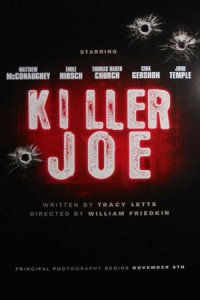 Killer Joe (Dir. William Friedkin) TIFF
Perhaps one of my most anticipated films from the two festivals. William Friedkin, master behind The Exorcist, The French Connection and several other great 70’s films, is back with a crime thriller about a drug dealer who decides to kill his evil mother, but to do so must offer up his little sister as sexual collateral to the hit man. The drug dealer is played by Emile Hirsch, who is very close to doing no wrong, and the titular hitman is played by Matthew McConaughey, fresh off of one of his best.

Jeff, Who Lives at Home (Dir. Jay Duplass) TIFF
Jay and Mark Duplass practically invented the mumblecore genre, and while Jeff steers clear of the specifics of that movement, it seems like other stuff they’ve done. It follows the story of Jeff, a guy who still lives with his parents. Something shakes his world up and he is forced to reevaluate his setting. I’ll end up checking this out on DVD because I’m not huge on mumblecore, but it’s still a big picture coming out.

Pearl Jam 20 (Dir. Cameron Crowe) TIFF
Early pick for Best Documentary? I hope so. Cameron Crowe comes out of the shadows of his shame for doing Elizabethtown with three pictures this year, the most interesting of which is this doc on seminal alternative band Pearl Jam. It features extensive interviews and concert footage, much of which has never been publicly available. Of particular interest is a rare interview between Eddie Vedder and David Lynch. If you dig the music, hit this up.

That’s not the end of the great lineups, though. I’ve left off some titles that have already been mentioned this year, like Shame, which is at both fests, and We Need to Talk About Kevin.  2011 has been a phenomenal year for films, and here is proof that it will continue, without even mentioning of all those fantastic projects that aren’t running the festival circuit.

Needless to say, the Oscar race this year will be very tight.

Like Loading...
This entry was posted in News, Uncategorized and tagged Oscar contenders, TIFF, Venice Film Festival. Bookmark the permalink.