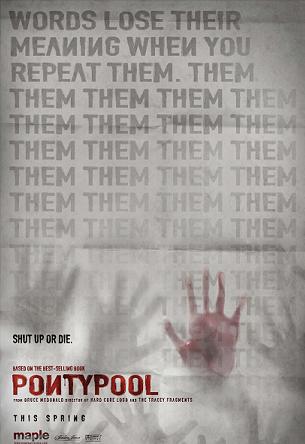 Since George A. Romero’s Night of the Living Dead, all of the great zombie films have provided us an undead lens through which a facet of human civilization is focused upon: Night of the Living Dead and Dawn of the Dead tackled race and conspicuous consumption, respectively; Danny Boyle used our fear of disease to look into the heart of man in 28 Days Later, only to find the “Rage Virus” within all of us. Pontypool continues in this vein as the best zombie* film since Boyle’s resurrection of the genre, utilizing the fear of the unknown to look at the power of language.

Pontypool opens with Grant Mazzie (Stephen McHattie), the new voice of Radio 660, The Beacon. Mazzie takes no prisoners: at six in the morning, he’s spiking his coffee with hard liquor and mixing fact and fiction with the local news, much to the chagrin of his boss, Sydney Briar (Lisa Houle). Shit gets crazy when traffic correspondent Ken Loney describes to Mazzie a riot at the office of Dr. Mendez, only a few miles from the radio station. Holed up in the station, Mazzie and Co. are left to wonder what the hell is going on as communication with the outside world comes to a halt. 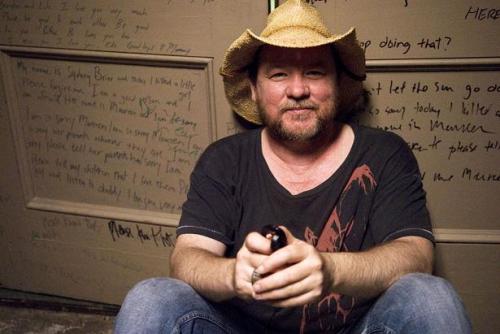 Based on the novel, Pontypool Changes Everything, director Bruce McDonald (The Tracey Fragments) pulls all the right elements together to form this piece of original work. Stephen McHattie is a delight, maintaining humor and lightheartedness, even as the world is coming down. As this is a movie about a radio dj, it’s worth noting McHattie’s voice (and face) is almost a story unto itself, raw and worn from real living, making him the perfect guy to lead us through the chaos.

On a stylistic note, the blue filter used for the film gives it a black and white look, muting the color palette, and providing a good atmospheric touch: it feels just as cold inside as it does outside. This choice provides a visual “pop” highlighting both Mazzie’s eyes and the liberal amounts of blood. However, the film does not rely only on gore and special effects; it draws its real power from special effects of the mind. In a creative nod to the War of the Worlds radio broadcast, the radio station is (ironically) waiting for reports on the mayhem going on outside.

Riots and mayhem aside, the main “wow” factor is the concept that the “zombies” are people infected with a virus transmitted through the English language. When this theory is proposed by Dr. Mendez to Mazzie, his incredulous response matches our own. If it were not for Mazzie’s reaction, the film might alienate the audience by asking for too much suspension of disbelief. However, the film’s acknowledgment of the outlandishness of the theory gives us license to move on and ponder, “Well…what if he’s right?” The scariness follows the “what ifs”.

A disease you can catch through your ears, and specifically the English language as the mode of transmission, offers a plethora of allusions: the power of words, the destruction of other languages and cultures via imperialism and cultural colonialism perpetuated by English speaking nations, and the politics of Canada, in which a huge rift exists between the French speaking Quebecois and the rest of the English speaking country. Such allusions are what push this film past the “good” and into the “great.”

Bigger does not always mean better, and as apocalyptic Hollywood pictures continue to inflate both in narrative scope and budget, these films suffer for their crimes. In the case of Pontypool, it’s nice to see a film go back to the basics, where we can root for a few characters as we hunker down with them in hopes that we’ll all be okay in the end.

This film is top notch and delivered by professionals. The scariest thing to man is not knowing, and Pontypool will keep you guessing for the entire ride.

*Though both Pontypool and 28 Days Later are not exactly zombie films, they definitely pull from George A. Romero’s canon and have helped renew interest in the undead. As the director of Pontypool put it, “They’re cousins of the zombie.”