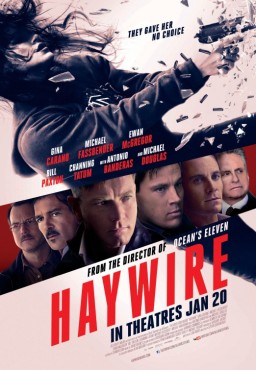 On the screen is a 100 lb. blond girl who dreams of her head reaching the 5’2″ line on the tape measure.  Yet Ms. Twigs-for-Arms is able to throw a 200 lb. muscled man across the room, because she knows kung fu or is special in some supernatural way.  This is the sin of “Waif Fu“, which allows girl characters to kick some ass without bypassing the strict aesthetic of emaciated female tv/film actresses.  Haywire blows this trope out of the water, finally delivering a female action star that looks like she can take a beating equal to the one she dishes out. END_OF_DOCUMENT_TOKEN_TO_BE_REPLACED 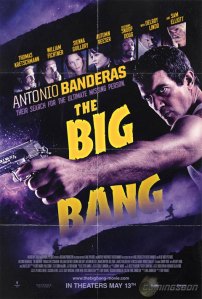 The general consensus amongst film scholars is that film noir begins with The Maltese Falcon and ends with Touch of Evil, with the latter marking a transition into the so-called neo-noir stage. Since then the visual iconography, motifs, and archetypes of noir have been propelled into the future and re-appropriated into “new” scenarios. Such a scenario appears in a trailer for The Big Bang, which also incorporates an unexpectedly vibrant color scheme.