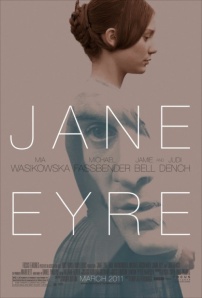 For all intents and purposes there are two kinds of adaptations. The first comes out of respect for the original source, immense reverence for the intent of the original author, and a meticulous approach to detail. This is the faithful adaptation. The other, unfortunately much more common, is the interpretation of the original. It places the characters in a new setting, or alters their relationships to invoke new themes or update the old ones to be more relevant today (a lamentable approach, as many of those altered themes were universal to begin with). Rarely does a filmmaker succeed in either category, as either the book far outshines the complexity achieved by the film, or the book was so forgettable people fail to recognize the adaptation at work. Here, however, is a prime example of not only a perfect adaptation, but one that eschews the aforementioned dialectic. It creates a wholly original work, one that pays more than its due to the Bronte novel, but also completely devoted to playing with his own themes. In both areas it succeeds tremendously.

The story is familiar, it seems, to just about everyone, but as a brief recap, it revolves around the titular young girl, orphaned at a young age, who refuses to accept her lot in life. Jane briefly lives with her aunt before she is sent away to the strictest of boarding schools, where all hope seems to dissipate. She eventually takes a post teaching younger students, and as quickly as she is eligible, she leaves her prison to become a governess. Here is when she arrives at Thornfield Hall, the gothic residence of Mr. Rochester.

The house, as is typical in gothic fiction, seems a bit haunted. This is not just evidenced by the strange sounds emanating from the attic; the whole place seems to be filled with a certain eeriness, a morose atmosphere. Enter Mr. Rochester, the owner of Thornfield, who is not home for more than half the year. He becomes interested in Jane, romantically, as she has more gall, grit and life in her veins than any woman he will likely ever meet. She, unlike so many of her sex (as depicted in the book/film), has life, a spark, the willingness to defend herself regardless of class barriers.

Much more happens in the film, but if you don’t know the story already, I hesitate to reveal it. Moreover, while the plot of the film is absolutely crucial, it is never the focus, as the director Cary Fukunaga (2008’s Sin Nombre) demonstrates complete mastery of mood and space. He gives us a gothic world, filled with crumbling estates and strange happenings, and the fact that he pulls it off so well in only his second feature is absolutely stunning.

But perhaps even more interesting is how he changes the film. His adaptation is profound, as I said before, because he is simultaneously depicting the events in the book faithfully and interpreting those events to evoke his own themes. Much of Sin Nombre dealt with class issues and immigration, and knowing that is part of what keyed me in to his alterations. Fukunaga shifts the tone of several scenes, changing the setting ever so slightly, that to point out any one instance feels like grasping for straws, yet through several such instances, he draws out themes and motifs that while present in the original book, were not the focus. He draws out class issues, from the complexity of the impoverished to the solitude of the rich. What makes him a worthwhile director though, is that when he pulls it off, you can’t imagine the book being about anything else. The film has taken the place of the book, but appropriately for once.

Cary Fukunaga has proven himself to be a kind of magician, a director who convinces you to watch the hand that is demonstrating the perfection of the design and acting which resemble the book, and who meanwhile pulls an ace out of his sleeve, dazzling you and forcing you to consider the ramifications of his illusion. He has given us a surprisingly mature work, with a strong cast. Rochester has never been played better than by Fassbender, nor Jane than by Mia Wasikowska. They are more than great in their roles, they seem born to play them, and yet the fact that they weren’t only lends an extra hand to the sublimity of their performances. This is the greatest film I have seen yet this year, and if it is forgotten by the time awards season hits us in 9 months, that would be a profound tragedy.

Like Loading...
This entry was posted in Reviews and tagged Adaptation, Cary Fukunaga, Jane Eyre, Michael Fassbender. Bookmark the permalink.