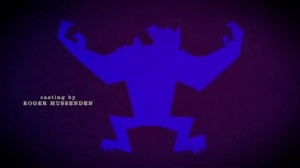 The art of a credit sequence is probably one you haven’t thought of unless you’re watching the latest Bond film.  This fan-made opening credit sequence for the upcoming X-Men: First Class demonstrates how graphic design can set the mood for a film – in this instance by channelling the film’s 1960’s setting with bold outlines of various X-Men and the images of the era’s most prolific personalities.  Even if you have no interest in the latest X-Men film, this is quite cool.

Definitely expand it to full screen.

I love that the video uses the musical intro from the animated X-Men tv show and pushes it through a slow-moving Victrola for maximum “old-timey” effect.

Like Loading...
This entry was posted in Filmmaking, News and tagged Filmmaking, opening credits, X-Men: First Class. Bookmark the permalink.