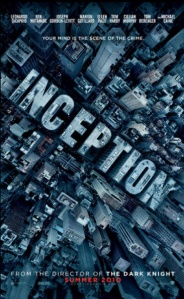 In my post on Batman 3 and Inception, I made qualified statements based on conversations with my source on the set of Burke and Hare.  This evening I was able to clarify what he said:

The sets for Batman 3 will be constructed toward the end of the year.

Inception, not The Dark Knight, was the film that was under budget, prompting Nolan to have the crew build an extra set (no word if said set was used in the film).

One response to “Batman 3 and Inception Clarification”