Ginger Snaps Back: The Beginning (pt 3) 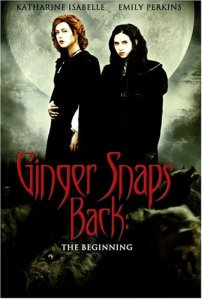 Now, about the third film.  Yes, Ginger Snaps Back: The Beginning is set in the 19th century.  Yes, that sounds very silly.  How in the hell have two girls dealing with werewolves in the modern era  suddenly found themselves stuck in the mid-1800’s fighting werewolves at a Canadian trade post?  The answer: there isn’t really one.  Toward the latter third of the film there are allusions to reincarnation and curses passed through families, but the film doesn’t force this idea and there aren’t any time travel shenanigans.  It just is.

So I’ll say this: if you had never seen the first two films and watched this one, it could stand on its own – which is respectable. END_OF_DOCUMENT_TOKEN_TO_BE_REPLACED