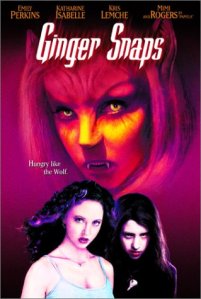 While I was working at a video store, Ginger Snaps was just another straight to DVD horror film: attractive girl, catchy title, some ominous background music, BOOM, you have a cover just like all the other straight to DVD features (right next to Lord of the G-Strings and Santa’s Slay).  But as I’ve been working on my dissertation detailing “unsafe” horrors, Ginger Snaps came up enough times to merit a screening. Results?  The best werewolf film since Landis’ An American Werewolf in London. END_OF_DOCUMENT_TOKEN_TO_BE_REPLACED