“Predators” is a damn fine sequel to the original 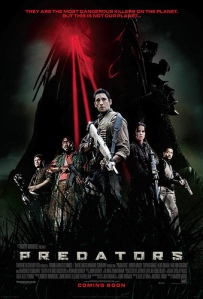 The original Predator (1987) is one of those films that is a defining moment for masculinity.  I saw Predator when I was 8 years old and the mixture of mass muscled men, “bad” words, bullets, and bravado introduced me to what it meant to be male. The film is not a traditional work of art, but like director John McTiernan’s Die Hard, Predator is a quintessential action/sci-fi film. END_OF_DOCUMENT_TOKEN_TO_BE_REPLACED 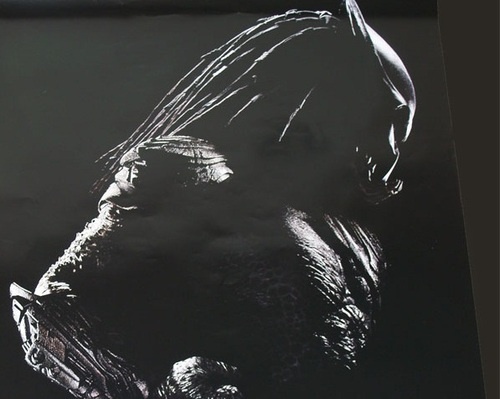 io9 is reporting from the South by Southwest Film Festival (SXSW) where producer Robert Rodriguez and director Nimrod Antal have shown footage of their film, Predators.  You can see the footage at this io9 piece or at the official website.

For the uninitiated, Predators is a direct sequel to the original 1987 Predator.  In the film Predators have brought the best warriors of Earth to duke it out on the Predator homeworld and stars Adrien Brody, Laurence Fishburne, Topher Grace, and a possible cameo from Schwarzenegger.

io9 has also reported that Brody gained 25 pounds of muscle and refused to sleep in a hotel, staying out in the Hawaiian jungle to get into the part.  This would make sense since Brody had eating issues after losing so much weight for The Pianist.

Director Antal also tried to assuage fears that Predators will not be like recent renditions of the franchise where building suspense and fear are sacrificed in favor of showing off the monsters.  “Trying to keep the monster in the shadows, more than throwing him in your face off the bat.”  The film is supposed to be practical effects heavy and Fox, who financed the film, told Rodriguez to protect the film from the studio’s own interference.

On the one hand, all of this sounds great and the behind the scenes footage jives with the talk, but could this be the filmmakers telling hardcore film fans what they want to hear (practical effects, low studio involvement, investment from cast)?

If it weren’t for Rodriguez’s filmography, I would be more skeptical.  He’s been able to bring us blood and awesomeness for the last two decades (although maybe not enough in the 2000’s), so I think they got the perfect guy to shepherd a new Predator film. With Rodriguez releasing Machete in April and Predators in July, we’ll have a lot to look forward to.