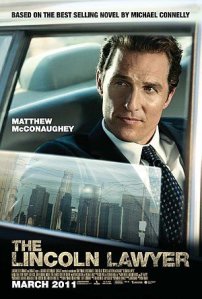 Let me make this very clear: I do not like Matthew McConaughey. I can count on one hand the movies I can stand to watch him in (the stoner classic Dazed and Confused and the underrated psychological thriller Frailty rank among them), but most of the time he plays the same smug, smarmy guy that I wish I saw less of in the world. So when I heard about The Lincoln Lawyer a few months back, it didn’t take me long to deign not to see it. Boy, was that a bad decision. Now that it is being released on DVD, I can see it for what it is-the best legal thriller to come out in far too long, the best performance McConaughey has ever given, and a story that leaves you guessing until the final reveal.  It may not win Oscars, it may not be considered an altogether serious film, but it is damn good. END_OF_DOCUMENT_TOKEN_TO_BE_REPLACED

Herzog/Lynch Film “My son, My Son” takes us through crazy-town 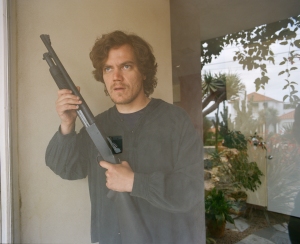 If you even know of filmmakers David Lynch and Werner Herzog, you approach their co-production* prepared, just as a runner stretches in preparation for the track.  Their respective bibliographies are less narrative oriented and more akin to impressionist paintings.  Everyone will have their own spin on their stories, but anyone presenting conclusive meanings is on a fool’s errand. END_OF_DOCUMENT_TOKEN_TO_BE_REPLACED