“The Last Rites of Ransom Pride” Require Some Ass Kicking 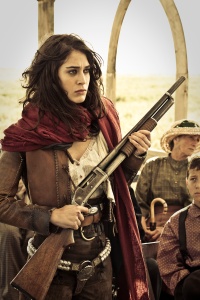 When one of a film’s advertised attractions is a dwarf dual wielding sawed off shotguns, it’s your own fault if you’re expecting Gone With the Wind.  With this B-Movie expectation at the foreground, Pride is an action road film that will intrigue and entertain with its carnival of crazy.

Ransom Pride is just like any Western thug–a drinker and a killer, his whole life pulled from Sergio Leone’s notebooks.  So when he finally bites a bullet, his brother Champ (Jon Foster) and his girl Juliette (Lizzy Caplan) are the only people ready to retrieve his body from a Mexican voodoo lady pissed that Ransom happened to kill her priest brother.  However, Champ’s father, Reverend Pride (Dwight Yoakam), would rather see Juliette dead before he allows his other son to be tempted by the same wicked beauty that led Ransom to the dark side.

The Last Rites of Ransom Pride is a good old fashioned piece of sex and violence cinema, channeling the visual and narrative tones of Sin City and Grindhouse.  Black and white flashbacks flesh out the history of Ransom and Juliette’s relationship and lines like, “Which one of you sorry motherfuckers wants breakfast in hell first?” make it difficult not to roar “YEAH!” with a ferocious affirmation of the film’s badassery.  Even though Juliette’s a beauty, it doesn’t come at the expense of her skills as a shooter, brawler, and the film’s toughest character.

When the film isn’t shooting someone every ten minutes, the appearance of Kris Kristofferson (a fiend who helps the Reverend), Peter Dinklage (the shotgun toting dwarf), and Jason Priestly (a disgusting pervert), make up only some of the characters you can look forward to loving or loathing.

Beyond just the pleasure gleaned from a loyalty tale riddled with bullets, the story’s setting makes it a unique piece of Western cinema.  The year is 1910 and when you first see Ransom Pride gunning down treacherous traders with a semi-automatic pistol, you know this isn’t the West of the Man With No Name.  An old sidecar motorcycle and the Reverend Pride’s car all call out this place as an in-between region; a West still not completely tame, but with the modern world lurking behind the vistas…

The film does fall on some hard times, though: When Champ wears a thick bandanna around his head during the first half of the film, you wonder if he suffered a head wound you forgot about or time travelled to 1984 where he could be influenced by The Karate Kid.*

Also, the jarring montage of violent frames at the end of action scenes, providing “visual summaries” of the events just witnessed, prove redundant.  Toss in the almost subliminal flashes that bombard the film for nothing more than visual flourishes (think of the lens flare abuse in Star Trek) and it makes you want to climb into the projectionist booth and perform some celluloid surgery.

A Western that features a female badass and a concoction of cultural objects entrenched within and outside of the genre’s mythos make it notable and surreal, respectively.  Though I find some of the editing nutty and the denouement lacks an epic-ness common to Westerns, if a bunch of friends wanted to see a movie that allowed us to geek out about some bad-movie awesomeness, I’d recommend The Last Rites of Ransom Pride.

*Though Reverend accuses him of looking like an Apache, in an effort I believe to explain the choice of headgear, his comment is made too late to squash The Karate Kid thoughts.  Plus, after losing the bandana, he begins wearing an equally ridiculous do-rag.

The Edinburgh International Film Festival has just released their schedule for the 12 day long festival, which starts June 16 and ends June 27.  Tickets for the festival go on sale tomorrow at noon.

You can read through the digital brochure here or go to the film fest’s website here to look through their calendar.

To honor your support, please look through the festival’s brochure and tell me what films you want reviewed  – or simply if I’ve overlooked a great film at the fest. I cannot promise I will be able to deliver all reviews given time restraints, but I will do my best.

There are an insane number of films being shown, so the following are the main titles I’m looking forward to seeing.

“Jean Reno gets shot 22 times…and he’s not happy about it.”  Produced by Luc Besson (Unleashed, The Fifth Element) and starring our favorite hit man, this is high on my list.

Who would pass up a chance to see Captain Picard?

A dystopia in which smokers are separated from the rest of the city, it looks like a fun B-movie.

Robert Duvall plays Felix Bush, an old timer who wants to have a funeral party – while he’s still alive.  Throw Bill Murray into this 1930’s period piece and I’m there.

This will be a “audio horror movie,” using the cinema’s sound system to tell Lovecraft’s tale.

Documentary from Jeffrey Blitz (Spellbound, Rocket Science) detailing the lives of lottery winners.  Given the greatness of Rocket Race and an NPR piece I heard discussing the making of the film, it should deliver the goods. 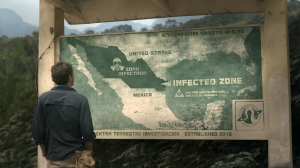 After contact with alien life has gone awry, the Mexican/U.S. border becomes “infected” territory.  Monsters received buzz at SXSW and has been compared to District 9.  Probably the film I’m most anticipating at the festival.

My Son, My Son, What Have Ye Done?

Directed by Werner Herzog and produced by David Lynch, that’s enough to watch.  Adding Michael Shannon (a little known actor who was phenomenal in Shotgun Stories), Michael Pena (Crash, The Shield), Chloe Sevigny, and Willem Dafoe is just icing to the cake.

Looking forward to this based solely on the reviews, tagging it as a UK horror that throws out the rules.

Described by the EIFF as a prison story that makes A Prophet “look like porridge.”

“This Western-style outback thriller is action cinema at its very best.”

“The Afghanistan war film that renders all others unnecessary.”  After being embedded for 15 months, the film is supposed to be an unflinching analysis of modern warfare, featuring civilian and military casualties.

The Last Rites of Ransom Pride

It’s 1910 and a young woman is hellbent on returning the body of outlaw Ransom Pride to Texas for a proper burial.  Described as a “dark, violent western” reminiscent of Tarantino, Pekinpah, and Sergio Leone, with cameos from Kris Kristofferson, Dwight Yoakam, Jason Preistly, and a shotgun wielding Peter Dinklage, it sounds like a good ride.

The People vs. George Lucas

I posted a blog piece about this that you can read here.  Super pumped for this one. 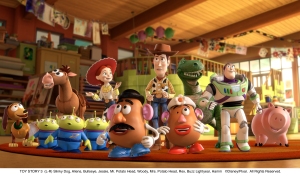 Starring Robin Williams in a dark comedy/drama directed by Bobcat Goldthwait, it’s sure to be interesting given Williams abilities showcased in One Hour Photo and Death to Smoochy.

There are still some costs to covering the film festival, so if you like the blog and can afford to support my work, donate below.  If you donate $10 or more, I will send you a DVD of my short films. One finds more value in their work when people are willing to pay for it.