As The Filmsmith predicted, Terrence Malick’s nostalgic, personal epic The Tree of Life collected the top prize on Sunday at this year’s Cannes Film Festival. But the week was filled with upsets and snubs, directors lauded and thrown out, and a mysterious silent film that surprisingly was one of the most beloved films in competition. Here’s the rundown of what may have been one of the best festivals in years.

Who Won
This year there wasn’t a single film that won more than one award, resulting in a wide range of winners. The FIPRESCI prize (short for the International Federation of Film Critics) went to Finnish director Aki Kaurismaki’s newest film Le Havre, which received boisterous acclaim, leading many to be surprised that it didn’t pick up any of the major awards. The acting awards went to Jean Dujardin for The Artist (more on that to follow) and Kirsten Dunst for Melancholia, as The Filmsmith also predicted.

Best Director went to Nicolas Winding Refn for Drive, which stood as one of the three or four films to receive universal acclaim. I was already rather excited for this film, and now my anticipation has tripled. Clips abound on Youtube, including one almost without dialogue that is one of the most thrilling 2 minutes I’ve ever seen.

The Grand Jury prize was split between two films, The Kid with a Bike and Once Upon a Time in Anatolia, directed by the Dardenne brothers and Nuri Bilge Ceylan, respectively. The Dardennes are frequent winners at the festival, having won the Palme twice already, and while that top prize remains elusive for Ceylan, he has walked away with the Director and FIPRESCI prize the last two times he attended.

What Happened
Perhaps the most notable occurrence at this year’s festival was during a press conference for  Melancholia, directed by the always controversial Lars von Trier. The director made a series of comments about sympathizing with Hitler; he late confessed the remarks to be a provocative joke, but they went too far for those in charge of the fest. The film remained in competition, as evidenced by the award it won, but its director was unable to be there for the ceremonies or to view any of the other films that premiered after his comments were made.

Honestly, I’m not at all surprised. Von Trier has a history, in his films, of giving us situations that are extremely uncomfortable. He makes us watch things we don’t want to, and makes jokes about Hitler. I’m glad his film still won, because it truly looks like a stunning film, even better than his polarizing AntiChrist, which won the same award two years ago for Charlotte Gainsbourg.

What to Expect
As I mentioned, this is one of the best festivals in years, due mostly to the incredible slate of films in competition. I mentioned a few of them in my last post, but there were a few that showed up that were beyond what I would have guessed, in terms of critical opinion. 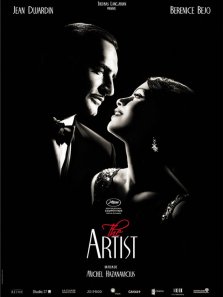 The first of those is easily the black and white silent film from Michel Haznavicius, The Artist. It is set during the late 20’s, during the transition between silents and “talkies,” and follows an actor as he adjusts to these changes. In spite of its lack of dialogue, it is one of the most well-received films of the festival, and certainly one to catch when it comes to a cinema near you.

Of the other films, these warrant checking out as well: Le Havre, We Need to Talk About Kevin (universally acclaimed, yet left empty handed), Drive, This Must Be the Place, The Skin I Live In, and Sleeping Beauty. All of those seem to be among the best films we will see this year, which is all the more reason to see this year as a vintage year for the Cannes Film Festival.

Like Loading...
This entry was posted in News and tagged 2011, cannes, drive, lars von trier, rundown. Bookmark the permalink.