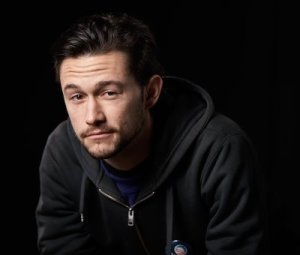 When Christopher Nolan’s Inception hit theaters last year, Joseph Gordon-Levitt impressed mainstream audiences who hadn’t seen his indie-film dramas. Many Nolan fans were left eagerly hoping that JGL would land a role in The Dark Knight Rises; after many months of speculation and rumors, it’s finally been confirmed that he has indeed landed a role in the film.  But which one?

Rumors had been flying left and right that he would pick up where Heath Ledger’s legacy left off by playing the Joker, or would appear as the Riddler or Robin. Last Friday Variety broke the exciting news that they had insider details that JGL was locked into the film. Although there has been no confirmation from Warner Brothers yet, Variety went on to claim that their insider even knew the role JGL would play: Alberto Falcone. Alberto is the son of Carmine Falcone, who was played by Tom Wilkinson in Batman Begins, and is also known as the Holiday Killer. This character would be a nice way to bookend Nolan’s trilogy. Slashfilm has an interesting theory of how the Alberto character fits into the story:

The original rumor was that [Alberto] comes back to Gotham to try and reclaim the city Batman helped take from his father. Also, it made sense because Selina Kyle (Anne Hathaway) believes Carmine Falcone is her father in the Batman/Catwoman storyline Catwoman: When in Rome.

Another twist occurred on Monday when Entertainment Weekly “debunked” this claim, stating that they too had an insider who said the reports claiming JGL would play Alberto were inaccurate. Who is right? It’s anyone’s guess. Nolan fans are back to speculating!

Things just keep getting more and more interesting for The Dark Knight Rises. Principal photography is set to begin in May and the film is set to release July 20th, 2012.